Raul to BO: I’ve got a few minutes Monday morning for you! 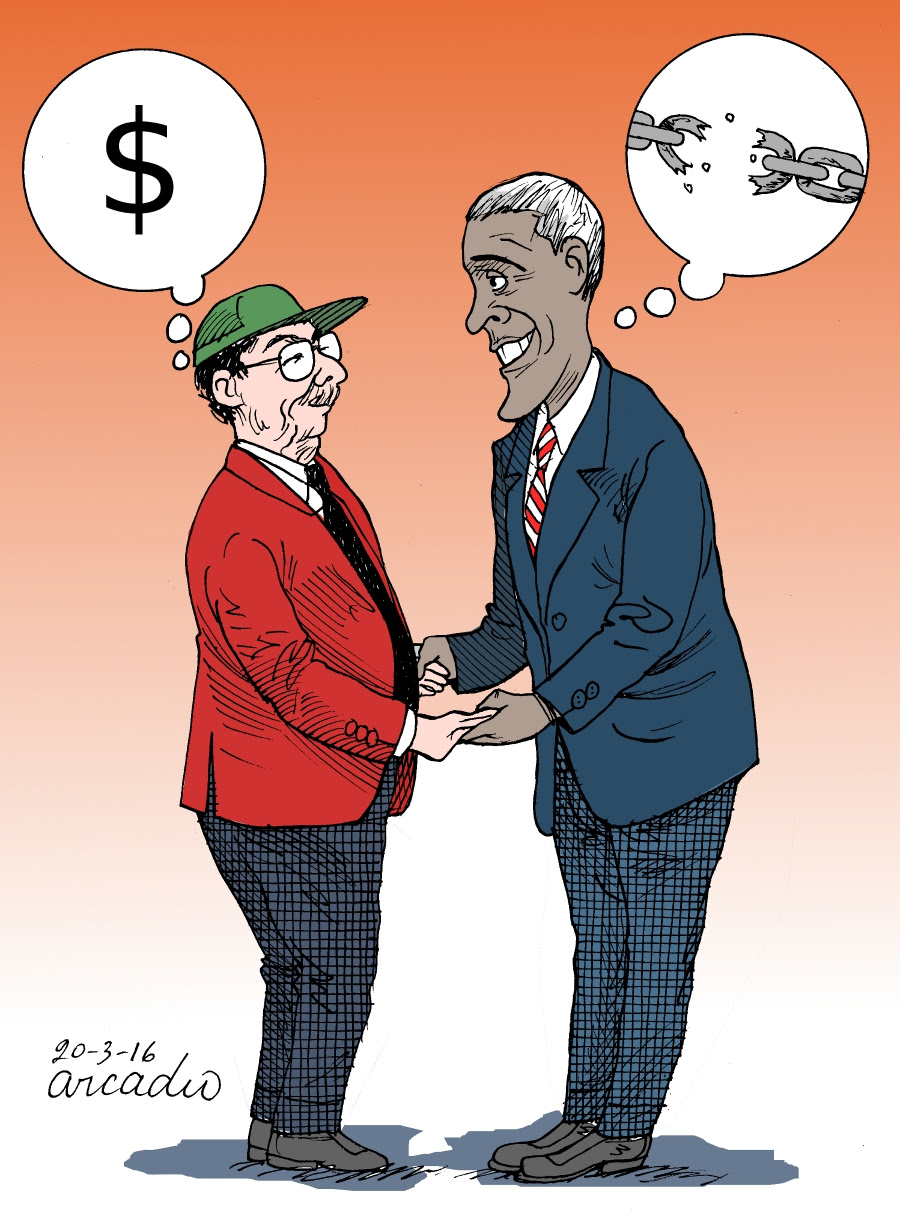 (My new American Thinker post)
Raul Castro did not greet President Obama and his family at the Havana airport on Sunday afternoon. For the record, President Gerardo Machado did meet President Coolidge duringt he presidential visit of 1928. He also met the Pope and other heads of state who have visited the island, such as President Hollande of France.
In other words, Raul can get a ride to the airport if he really wants to go meet the visitor!
Castro made a couple of points about President Obama and the U.S.-Cuba relationship by staying home on Sunday afternoon:
1) He does not respect Obama; and,
2) It was Obama, not Castro, who was desperate to make this trip happen.
We’ve been asking a simple question for months: What’s the point of this trip? We got the answer on Sunday. It was President Obama who really wanted this.
Jeb Babbin got it right yesterday:

Obama will tour the Potemkin constructs of Havana, attend a baseball game with Raul Castro, and perhaps have his picture taken with one of the new posters slapped on walls all over Havana showing a picture of him with Raul Castro, smiling under the banner of “Bienvenidos a Cuba” — welcome to Cuba.
In the past seven years we’ve become too accustomed to Obama’s embrace of our enemies and shunning of our friends and allies. We’re accustomed to the lack of condemnation of his actions by leading Republicans. Obama’s trip to Cuba is an opportunity for those leaders — especially Cuban-American presidential candidate Sen. Ted Cruz — to begin breaking us out of this mindset.
If that’s too much, we have to ask why.

Obama will love the adulation and all of those posters all over the town. He has not seen that kind of worship since he did the hope and change tour back in 2008 or visited Paris that summer.
Here is the problem: the posters will come down, the crowds will go back to their misery and Raul Castro’s regime will be emboldened by President Obama’s unwillingness to stand up for human rights.
P.S. You can listen to my show (Canto Talk) and follow me on Twitter.
Tags: Raul Castro and President Obama in Cuba To share or post to your site, click on "Post Link". Please mention / link to the My View by Silvio Canto, Jr. Thanks!
Posted by Silvio Canto, Jr. Post Link ---> 7:00 AM