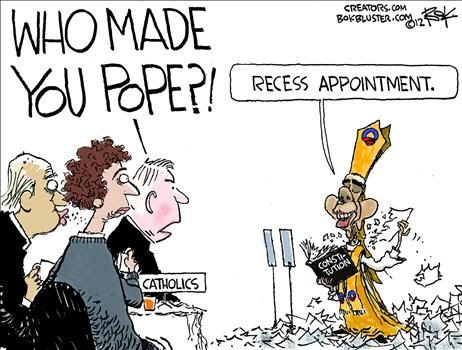 From the day that the Pilgrims landed in North America, the US has been a country that respects and encourages religious diversity.
You can see that every Sunday in our area.

Go south on Josey Lane and you will lots of Christian churches, St Catherine of Sienna (our Catholic church), a synagogue and a mosque.  You will see people practicing their faith without the influence of government.


The churches are more than a weekend gathering.  They participate in the community, from helping the needy to teaching young people valuable principles.  They sponsor youth sports, fundraisers and the kind of stuff that makes us a vibrant and strong community.
Of course, this is why the Founding Fathers insisted in the First Amendment to the US Constitution:
"Congress shall make no law respecting an establishment of religion, or prohibiting the free exercise thereof; or abridging the freedom of speech, or of the press; or the right of the people peaceably to assemble, and to petition the Government for a redress of grievances."
The Founding Fathers were very clear: No state or official religion in the US.
It is no accident that the Founding Fathers insisted that these were our first guarantees plus the right to defend yourself, family and property (2nd amendment).
The Founding Fathers understood history.  It is no accident that these were the first guarantees that The Founding Fathers put on the US Constitution.  Again, The Founding Fathers understood history and how dictators close newspapers, shut down Christian schools and take your guns away.  (Talk to my parents about Cuba)
This is why so many of us are angry about the HHS mandates that will force Catholic hospitals and charities to choose between "funds" and their principles:
"The decision to require Catholic hospitals to provide contraceptives and abortifacients they deem immoral in their insurance plans, demonstrates either President Obama’s personal antagonism to religious liberty — or the degree to which he is beholden to the secular left."  (Lewis)
The Obama administration is making two mistakes here:

1) They are making the case against BO-Care.   In other words, this is what happens when you have a "one size fits all" approach.   This is the best reason to keep our private insurance and let individuals, not government, make choices.
2) Hispanics are a very large part of the Catholic Church in the US.  They are a very conservative, pro-family and anti-abortion segment of the population.  Hispanics are painfully learning that they voted for "change" and got hostility toward their faith.
P.S. We discussed this with Bill Katz on Sunday night: