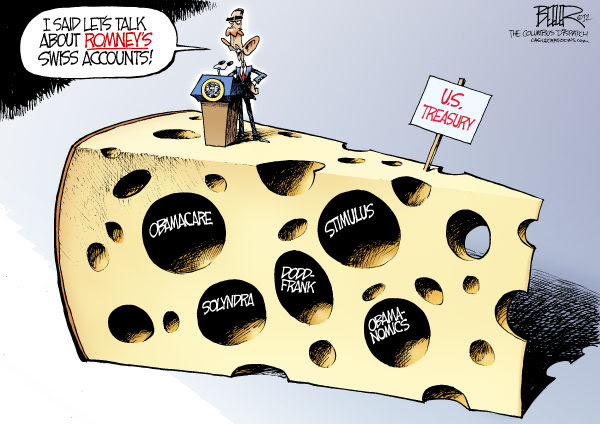 The Obama distraction machine will have 88,000 reasons to go into "a hyper mode" after Friday's jobs report.


We know now that the unemployment rate dropped to 7.6% but that's because half a million are no longer looking.  I understand that the real rate is 13.8% if we were counting the many who've dropped off.


If the US economy was a baseball hitter then we would say that we are watching a player in a "funk" or lost at the plate.     The jobs report was ".....the slowest pace of growth since last June, and less than half of what economists had expected."


I guess that we can finally say that the 2009 stimulus did not stimulate!  It was the most outrageously misspent $847 billion in US history.


1) It will make it more difficult to legalize 10 million foreign workers in the US.  In other words, immigration reform took a big hit on Friday.  The "inside the numbers" report is devastating for minorities: 9% for Hispanics and 14% for blacks.


2) ObamaCare will be delayed more and more.  Don't be surprised if ObamaCare goes on indefinite leave.


3) The Keystone Pipeline is more likely to be approved.  The pipeline may be the only job creating opportunity left on the table and President Obama will have to break a lot of hearts in the environmentalist movement.


And yes "same sex marriage" is all that President Obama has left.  Get ready for a lot of speeches about marriage equality!


Getting his base talking about "marriage equality" is all he has after Friday's jobs report.