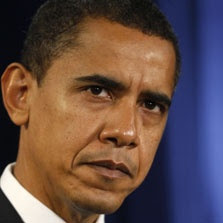 
On Wednesday, President Obama came out swinging and called it a "shameful day".  It was a bitter loss, according to pundits. He was reacting to the US Senate failing to pass the latest of the gun control bills.


President Obama's reaction was a pitiful performance or the actions of a man who doesn't get the political reality around him. He is also a man who does not respect those who disagree with him.


President Obama should get over himself and look at some realities:


1) ObamaCare is "a train wreck", according to Sen Baucus.  Even the roofers union is now calling for its repeal.  Senate Democrats are staring at a red-state electorate that will not buy the idea that legislators voted for something that will raise their taxes. Furthermore, why would a Senate Democrat running for reelection sign on to a gun law approved by the editorial board of The NY Times but rejected by people living in the real world?


2) According to Gallup's issues index, "gun control" is way below the economy, jobs and the deficit.  Politicians read these polls too. Most people just don't see the connection between "gun control" and the terrible attack in Newtown. They'd rather have Washington do something about the economy.


The biggest problem is that President Obama is not very good at sitting down with Congress and finding common ground.  He should listen to Democrats and Republicans who are telling him to focus on mental health concerns and enforcement of existing laws.


President Obama also does not respect those who have honest disagreements with him.  On the contrary, he demonizes and mocks them.  He puts little children on the stage suggesting that he cares more about child safety than his opponents do.


So here is a memo to President Obama:  Negotiate in good faith and you might see more accomplishments!