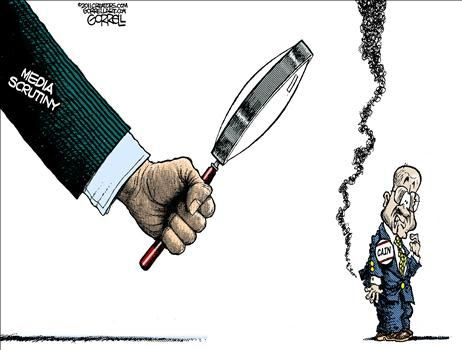 Some of us are old enough to remember the Clarence Thomas nomination to the Supreme Court back in 1991.
It was ugly, awful and not a good day for the US Senate.  It was "a high-tech lynching", as Clarence Thomas told the Senators.
We spoke about the Rubio/Cain stories with Alice Linahan and Barry Casselman on the Monday show.
In the case of Cain, it is a pathetic attempt to discredit his ascending candidacy.   Larry Kudlow is right on target about the story and its worthless accusations: Cain Charges Are Clearly Vague

I guess that Herman Cain is not "your NAACP kind of guy" or a "Congressional Black Caucus kind of thinker"!

Herman Cain escaped the liberal plantation years ago!  He took a different path.  He is a man who made something out of himself through hard work and strong ethics.
In the case of Rubio, and now Cruz in Texas, they are challenging the family history.  They are arguing about the definition of "exile"!  (I'm glad that The Dallas Morning News posted an editorial about this)
These articles will fail because the public can smell a "hit piece" or bad journalism.

However, they are a prelude to the 2012 campaign.  Get ready!

The left does not like people like Herman Cain or Marco Rubio.  They don't like those of us who look at the issues and reject "victim hood" and "dependency"!
Check out our Monday show: