No 'one note impeachment samba' in Brazil 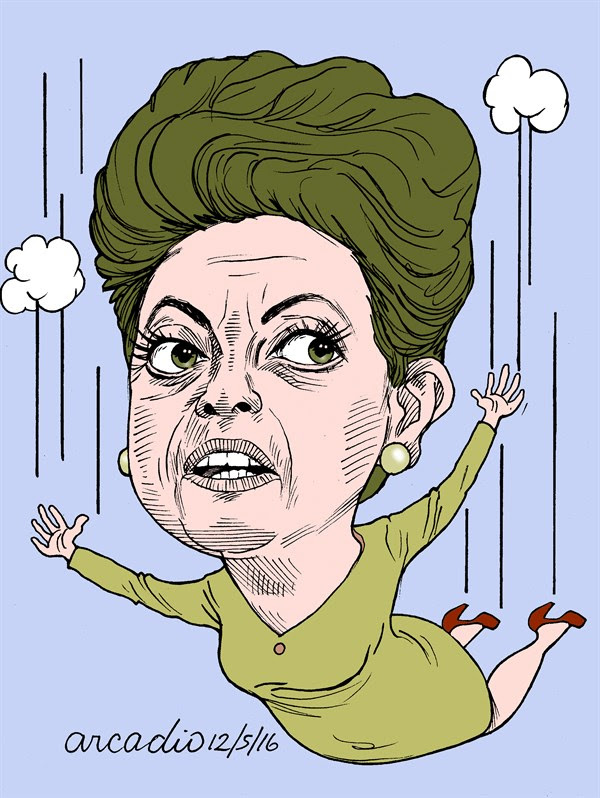 "One note samba" ("Samba de Uma Nota Só"") by Antônio Carlos Jobim was recorded in Portuguese and then others jumped in like Frank Sinatra:

This is just a little samba, built upon a single note
Other notes are sure to follow but the root is still that note
Now this new note is the consequence of the one we've just been through
As I'm bound to be the unavoidable consequence of you....

Welcome to the Brazil impeachment crisis.

Brazil's Senate has just impeached President Dilma Rouseff. And there is a lot more coming, as the lyrics of the song tell us.

It is a little different down in Brazil:


“In Brazil, the term impeachment is used only after a conviction is made in the trial,” said Daniel Vargas, a law professor at Fundação Getulio Vargas in Rio de Janeiro.
Now that Brazil’s Senate voted against her on Thursday, Ms. Rousseff will have to step aside during her impeachment trial, which could last for six months. But if she is ultimately absolved, she will not have been impeached, Mr. Vargas said.
Others agreed.
“Formally speaking, she has not yet been impeached,” said Ronaldo Porto Macedo Jr., a law professor at the University of São Paulo and other institutions. “She is only considered impeached when there’s a final judgment.”

In the meantime, VP Michel Temer will be the president until the trial is over.

Many people in Brazil are saying that the political class wants to put impeachment behind them for two big reasons.

Second, and more importantly, the Olympics are around the corner and the country needs a stable government. I think that they mean that they do not want a president under investigation for massive corruption.

To be fair, President Rouseff has her supporters, as we see from the marches opposed to impeachment. She is also calling her removal a coup.

However, the state of the economy and general sense that corruption is out of control, are driving the decisions by Congress.

Should we really say "congratulations" to interim President Temer?