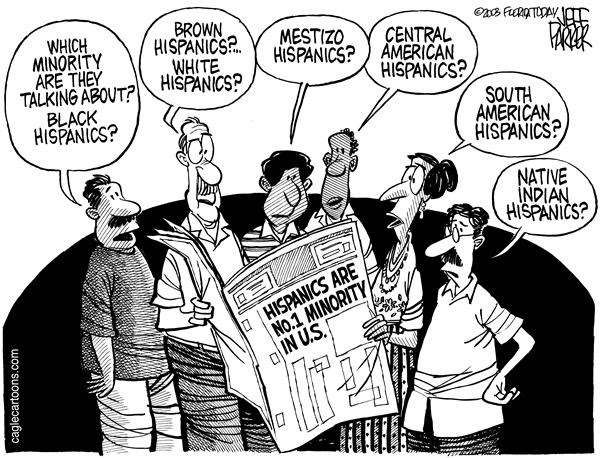 Ted Cruz-Derangement-Syndrome went viral in the media this week.

From Chris Matthews to David Muir and from Joe Scarborough to David Brooks-- they were all over Cruz like a cheap suit.

A berserk Donny Deutsch over at MSNBC denounced Cruz as not only “unelectable,” but “scary, I think he’s dangerous, I think he’s slimy and I think he brings no fresh ideas.”

It’s an old story, actually. A few years ago during an interview with Joy Behar, MSNBC’s Donny Deutsch sneered at Cuban-American Marco Rubio as that “coconut down in Florida.”

It will get even worse in a couple of weeks when Senator Rubio, someone who the left fears more than Senator Cruz, announces in Miami.

So what is it about Cuban-Americans that drives these people so silly?   All our parents did was to come with nothing, work hard and make something out of ourselves.  Once upon a time, we called that "The American Dream".

Again, the left is freaking out because Cruz & Rubio don't sound like Representative Luis Gutierrez.

Who told the left that Hispanics were all supposed to believe or sound the same way?

The bottom line is that Hispanics in the US are a diversified group of people.   We should respect our differences rather than engage in these attacks against those of us who didn't  buy into "hope and change".