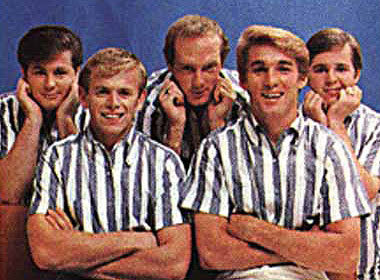 We check George Will every week for sound political analysis.   We were very happy to read what Mr. Will wrote about The Beach Boys in 2012:

"They are currently on a 50th-anniversary tour that has more than 60 concerts scheduled and others still being booked. Their new album, “That’s Why God Made the Radio,” debuted at No. 3 in Billboard’s listing, and with this the Beach Boys topped the Beatles for most weeks on Billboard’s top-10 album chart."

Indeed, The Beach Boys are touring but this is not the original band.  Carl & Dennis Wilson are dead.  Al Jardine, who did the lead vocals on "Help me Rhonda", has apparently retired.

It's Brian Wilson & Mike Love touring as The Beach Boys.  Nevertheless, we love their sound.  We are also happy to see that Mike Love & Brian Wilson, the duo that wrote a lot of their hits, are friends again.

Their songs are all available in digital format today.
P.S.  You can listen to my show (Canto Talk) and follow me on Twitter.  If you like our posts, drop a dime here.
Posted by Silvio Canto, Jr. Post Link ---> 12:30 AM