The pause that doesn't refresh 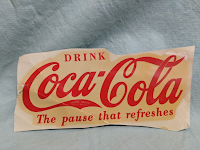 Well, let me show my age by recalling that famous Coca Cola ad about the “pause that refreshes.”  I guess that it’s been around since 1929 so my parents probably remember it too. I recall that they had a Spanish version of that slogan called “la chispa de la vida” or the spark of life.

Coca-Cola’s employee training is gone woke these days, according to news reports:

The training then moves to a slide with instructions on how employees can “be less white.”

“Be less oppressive, be less arrogant, be less certain, be less defensive, be less ignorant, be more humble, listen, believe, break with apathy, break with white solidarity” are listed as ways to become less white.

The training then claims that this effort to be less white has to start early, as children as young as three are already taught that their white race makes them inherently superior.

“In the U.S. and other Western nations, white people are socialized to feel that they are inherently superior because they are white,” the slide reads. “Research shows that by age 3 to 4, children understand that it is better to be white.”

“Try to be less white,” the training concludes.

How does a person act “less white”?  What in the world does that mean?  How do we come together by focusing so much on skin color rather than the product we make and sell?  Are we paying the price for filling our HR departments with social justice warriors?

The country will get more and more divided and angry.  As for me, “Diet Dr. Pepper” based in Waco, Texas tastes a lot better all of a sudden.