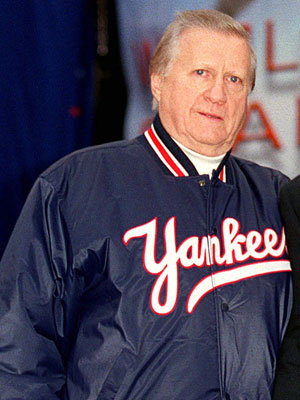 On this day in 1973, George Steinbrenner Purchased the New York Yankees.

Steinbrenner spent most of the 1980's spending money but not winning.

In 1995, NY was a wild card team but lost a tough series to Seattle.