1945: The most famous kiss of the century 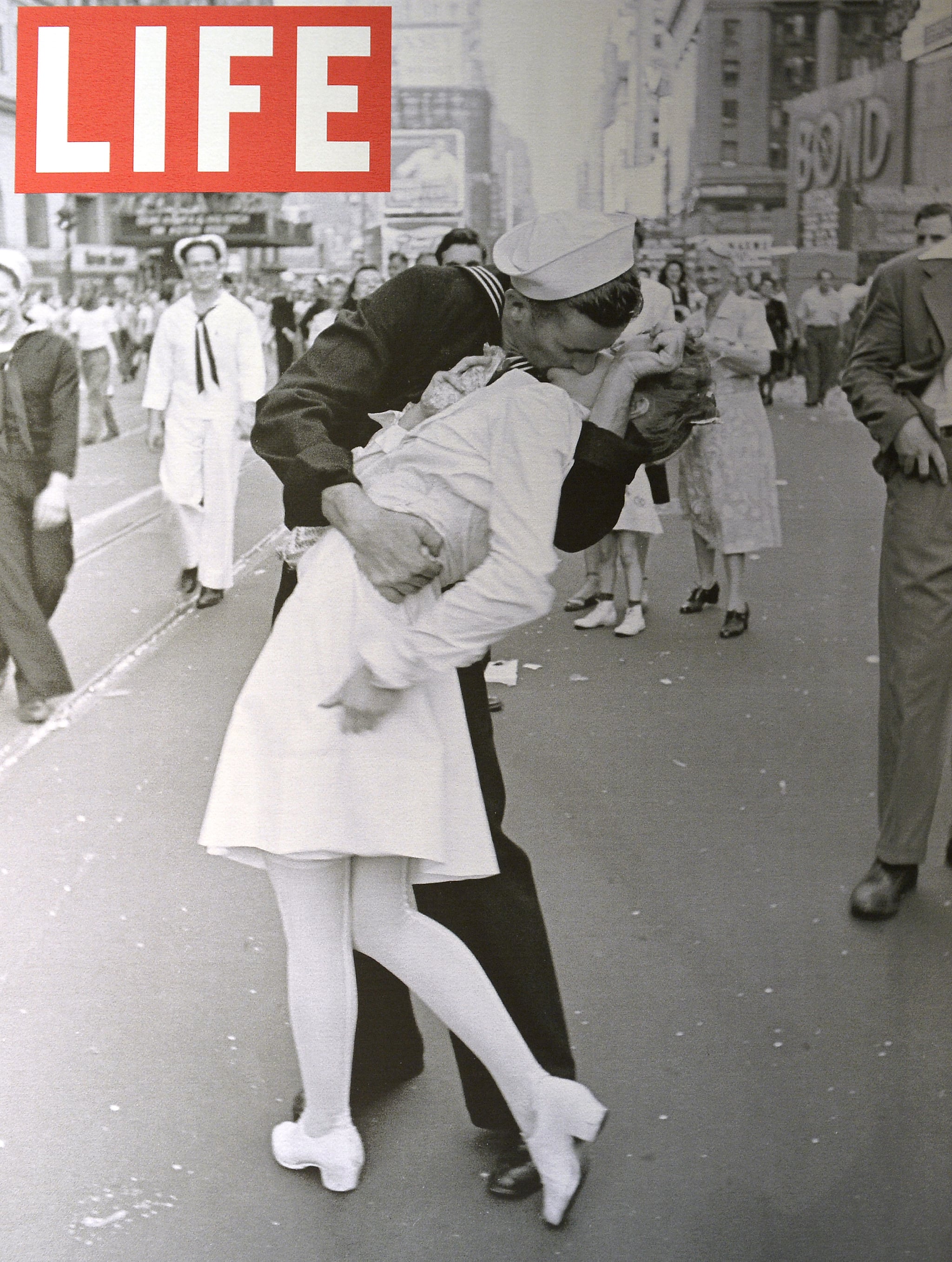 Back in mid-August 1945, President Truman announced the end of the Pacific War:

In what later became known as Victory Day, an official announcement of Japan's unconditional surrender to the Allies is made public to the world on August 14, 1945. Japan formally surrendered in writing two weeks later, on September 2, 1945.

And then the kissing started.

According to a story by Eliza Berman:

Alfred Eisenstaedt's photograph of a sailor kissing a woman in Times Square, after news broke of the Japanese surrender in World War II, has lived a storied life since it was taken on August 15, 1945. Often called "The Kiss," it became the iconic image of celebration at war's end, a black-and-white bookend separating an era of darkness from the beginning of a time of peace. It has also in recent years received a sort of #metoo infamy, after the woman in the photo said that the kiss was nonconsensual.

While Shrout's photos have much in common with Eisenstaedt's—kisses abounded that day—they capture one thing that Eisenstaedt couldn't easily have captured: images of Eisenstaedt himself. In one photo, Eisenstaedt kisses a reporter, his camera slung over his shoulder, in a pose not unlike that of the famous kiss he photographed that day. In another, he and that women walk toward Shrout, bright smiles on their faces.

Shrout's images of a host of other anonymous embraces help put that famous kiss in context. And Shrout's images of the man behind that photo remind us that, even if a photojournalist is meant to be an impartial witness to history, he is also a part of the history he is witnessing.

I guess that's why that song "It's Been a Long, Long Time" was so popular: "Kiss me one, kiss me twice and kiss me once again..."

My mother remembers the LIFE magazine cover.  She was a 16-year-old young woman in Cuba and always checking the LIFE issues that made their way to the island.  And then she said the girls in that little Cuban town thought the whole thing was so romantic.  Who knew that a bunch of Cuban teenage girls would say that?

Before the wokes, we could drop a couple of atomic bombs, celebrate victory, and kiss the first girl within sight.  It's too bad our kids are learning something else in school.